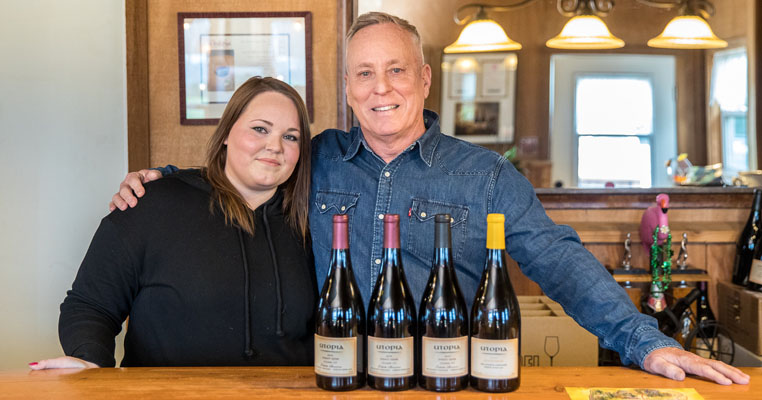 Sometimes ‘utopia’ is defined by the paradoxical phrase, “The perfect place. And no place.” Lingering in this space of the imagination, a utopia can be gestured to but never perceived directly. For Utopia Vineyard, this gesture rests in the ongoing process of bringing a dream to life, only to be sensed by ephemeral experience of their unique wines that keep you coming back for more.

Utopia Vineyard and Winery is a family-owned producer of small-lot, handcrafted wines specializing in world-class Pinot Noir and Chardonnay. Perfectly situated at an elevation of 500 feet in the heart of the Ribbon Ridge American Viticultural Area (AVA) in the Northern Willamette Valley, Oregon, Utopia consists of 16.8 acres of contiguous South-facing hillsides in one of the most prestigious wine growing regions in the United States.

About Dan Warnshuis discovered Oregon Pinot Noir early in his wine journey while working in the technology sector of Silicon Valley and living in Napa Valley. The raw beauty of the Willamette Valley wine country and his increasing love for Pinot Noir ultimately drove Dan to go looking for the perfect place for his own wine making endeavors. In 2000, the Utopia Estate Vineyard was born. Utopia produced its first commercial vintage in 2006 with 413 cases of Estate Pinot Noir.

In 2007, owner/winemaker Dan and his family moved to the vineyard estate, officially making the operation a family enterprise. Kathy Warnshuis handles operations and behind the scenes affairs, and Dan and Kathy’s oldest daughter Erin manages marketing and hospitality including the onsite fun and games.

Vineyard After three major plantings in 2002, 2005, and 2010, the vineyard is comprised of 12 different Pinot Noir clones including several old-vine heirloom clones from existing vineyards in California and Oregon and three low-yielding Dijon Chardonnay clones. All the practices at Utopia are designed to support Sustainable Organic Farming which lends itself to high quality fruit production annually. Utopia Vineyards received its L.I.V.E. Certification in 2008 and has since been committed to following international standards of sustainable viticulture including dry farming. Come harvest, the fruit is hand-picked and delivered to the winery in less than
an hour.

In 2018, Utopia announced its first major expansion since its founding with the acquisition of an additional 36.5 acres in the Ribbon Ridge AVA. With the acquired land, Utopia plans to plant an additional 15 acres and some non-typical fruit varietals starting in Fall 2021.

Wines Utopia produces four Estate Pinot Noirs, each a distinct blend of different clones from the Estate Vineyard, an Estate Chardonnay, a Pinot Noir Rose, and a Pinot Noir Blanc every year, along with several other single vineyard varietals. Utopia’s total annual production is between 2,500 and 3,000 cases, all produced onsite at the winery. Utopia Estate wines are available for purchase online and at their tasting room.

Tasting The Utopia Tasting Room welcomes visitors from 11 to 6 p.m. daily and year-round, including major holidays. Dan designs the daily tasting flights to be fun and educational. Additionally, the winery offers other wine country experiences including vineyard tours, private group tastings, and events such as the OMSI Star Party, Opera Ala Carte, and Shakespeare in the Vineyard. 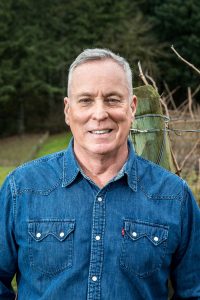 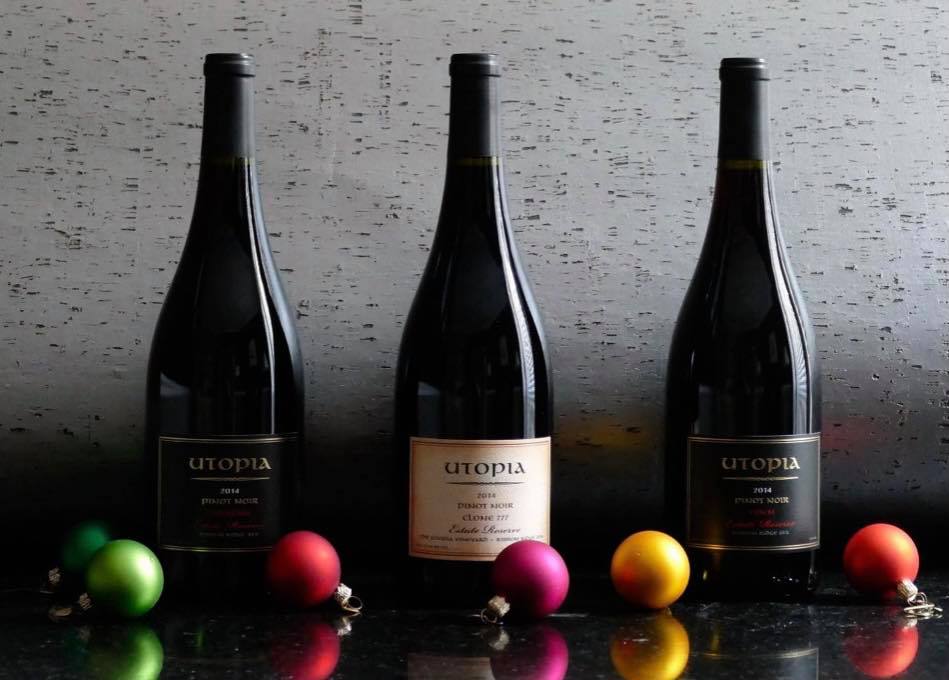 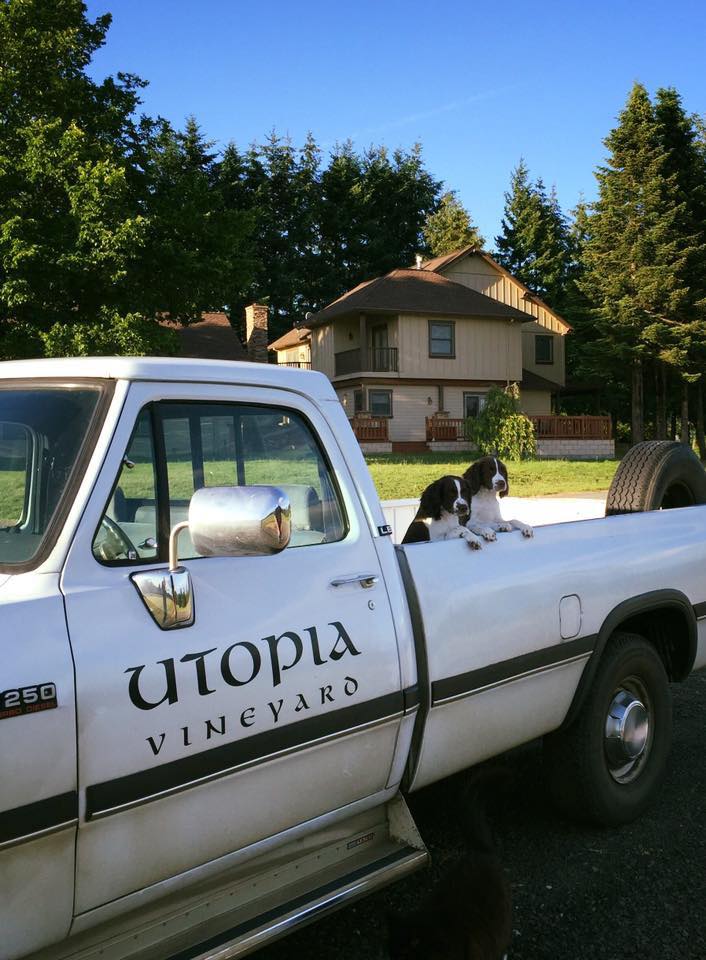 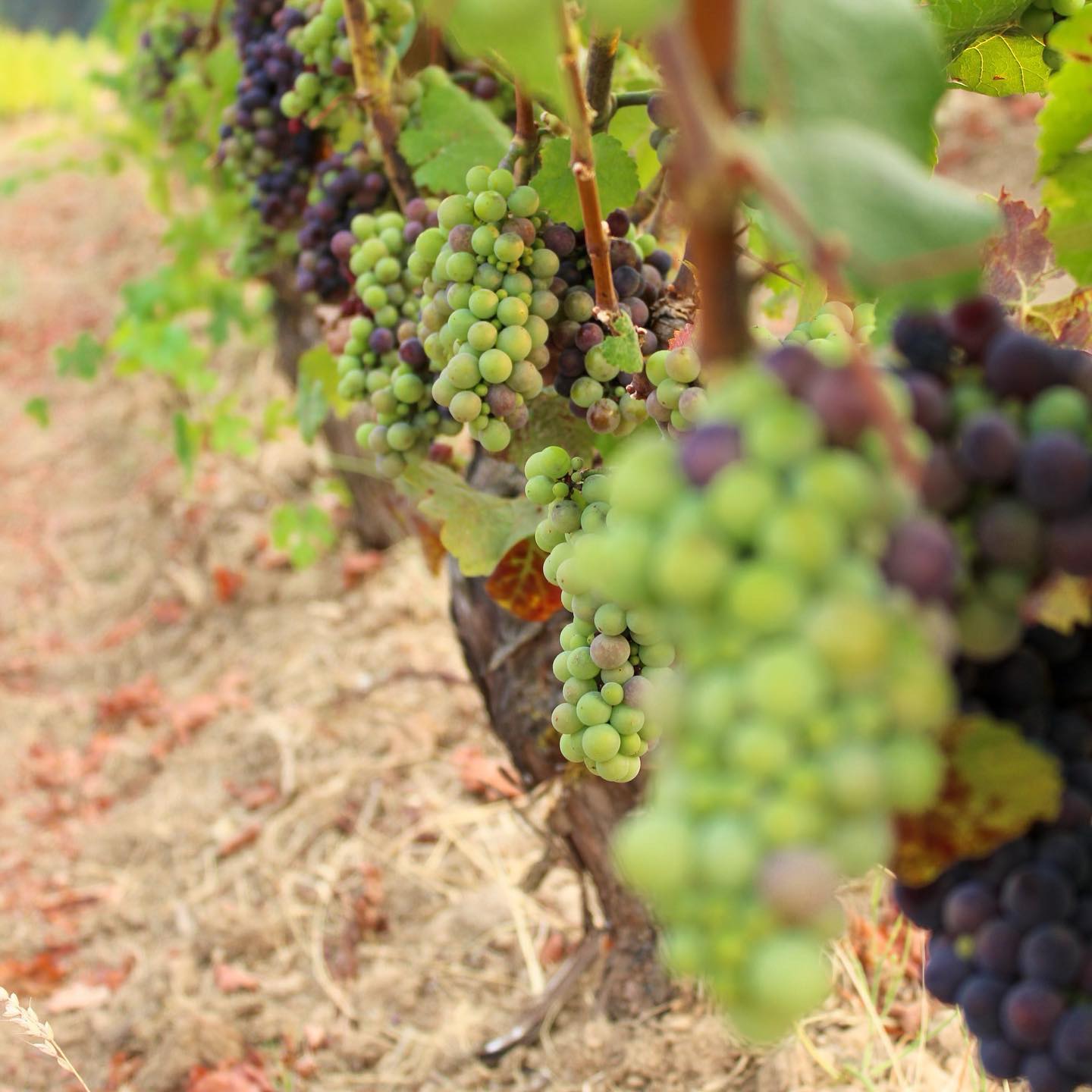 WANT TO BE THE FIRST TO KNOW?

We’ll fill you in on Early Bird ticket sales, new art and auction items, exceptional Oregon wineries and much more.